The ‘Urban River Pockets’ concept addresses the River Thames as London’s singularly most significant urban form as well as its most under-used resource.

London’s most influential urban space is the River Thames. The connection between river and built urban form has morphed throughout time. Gaps have opened along this curvilinear urban edge.

These gaps/urban ‘river pockets’ provide unique dynamic opportunities for London’s inhabitants to re-connect to the source of their city along its length.

Oxo Tower Wharf’s ‘river pocket’ is situated along Thames Walk whose broad boulevard is restricted by bottlenecks and bridges. This ‘river pocket’ is a unique opportunity to add breadth. Located at the confluence of Coin Street’s green spaces and Thames Walk the Oxo Tower Wharf ‘river pocket’ benefits from its genius loci. The river creates framed views to the west and vistas of St Paul’s Cathedral and the city in the east. Despite being on the rivers southern bank, rear parkland ensures a southern aspect to this natural stopping point.

Additionally the overlooking Oxo Tower has become a destination in itself with designer shopping and spectacular dining facilities. As a new urban riverside space numerous activities would take advantage of the views, location, and backdrop. Suggestions range from Beach Volleyball to open-air cinemas.

“Seldom does an opportunity present itself with such compelling potential in the heart of a city.”

This project was short listed for the 2005 RIBA Urban Space Designed Award and selected for the RIBA London Exhibition at City Hall. 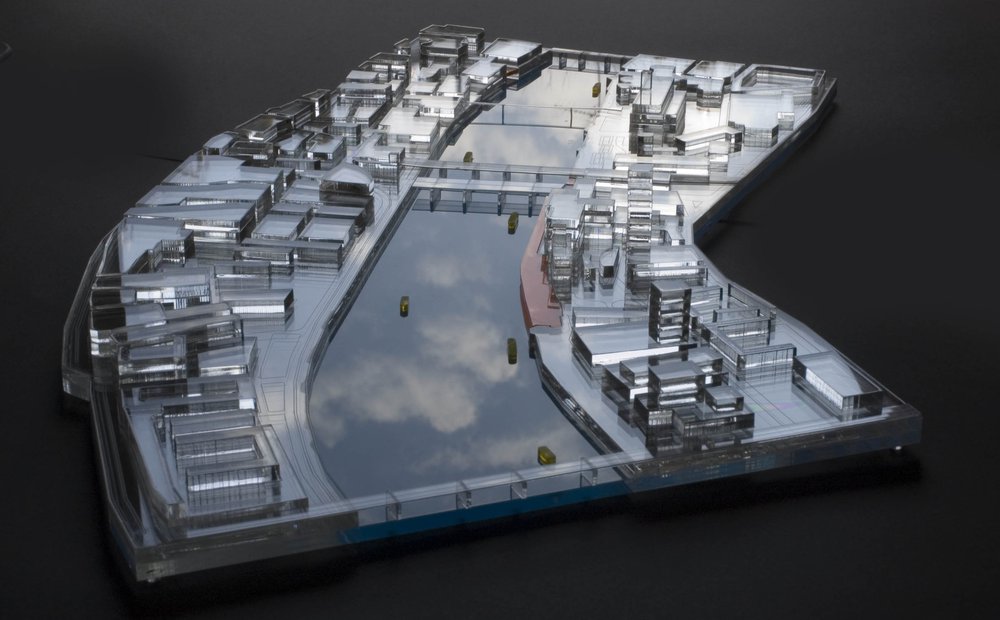 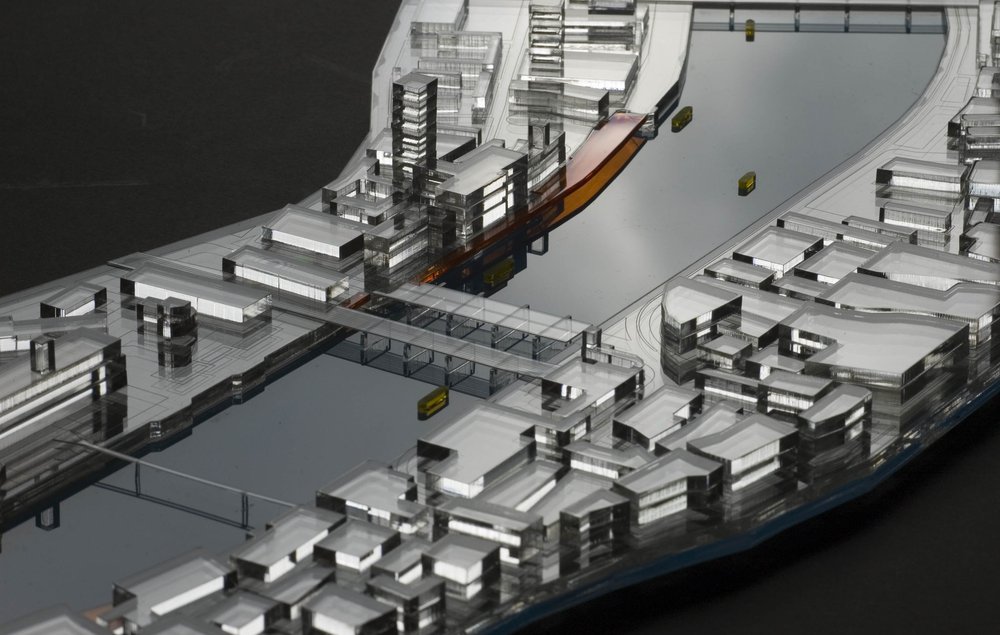 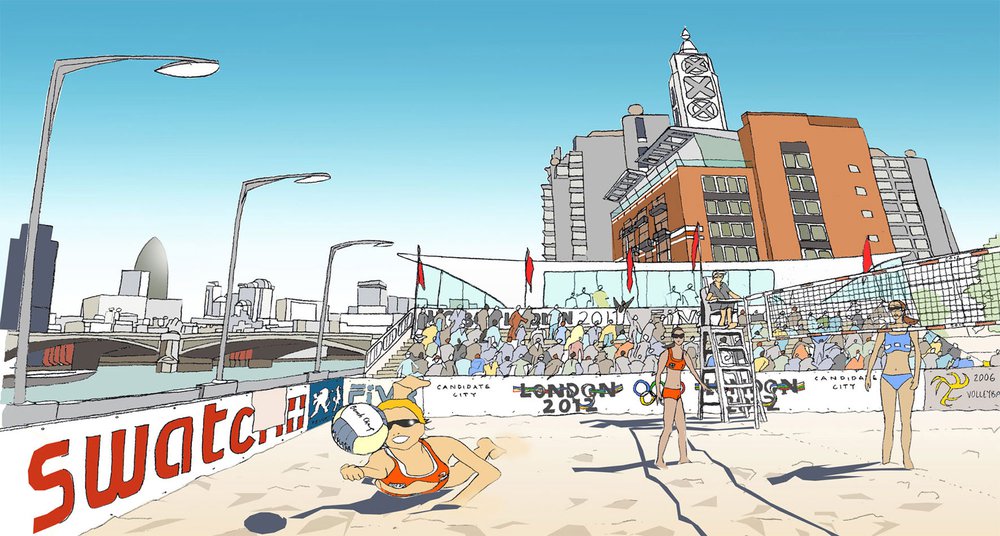 Filling in the gaps of London's riverside would cr 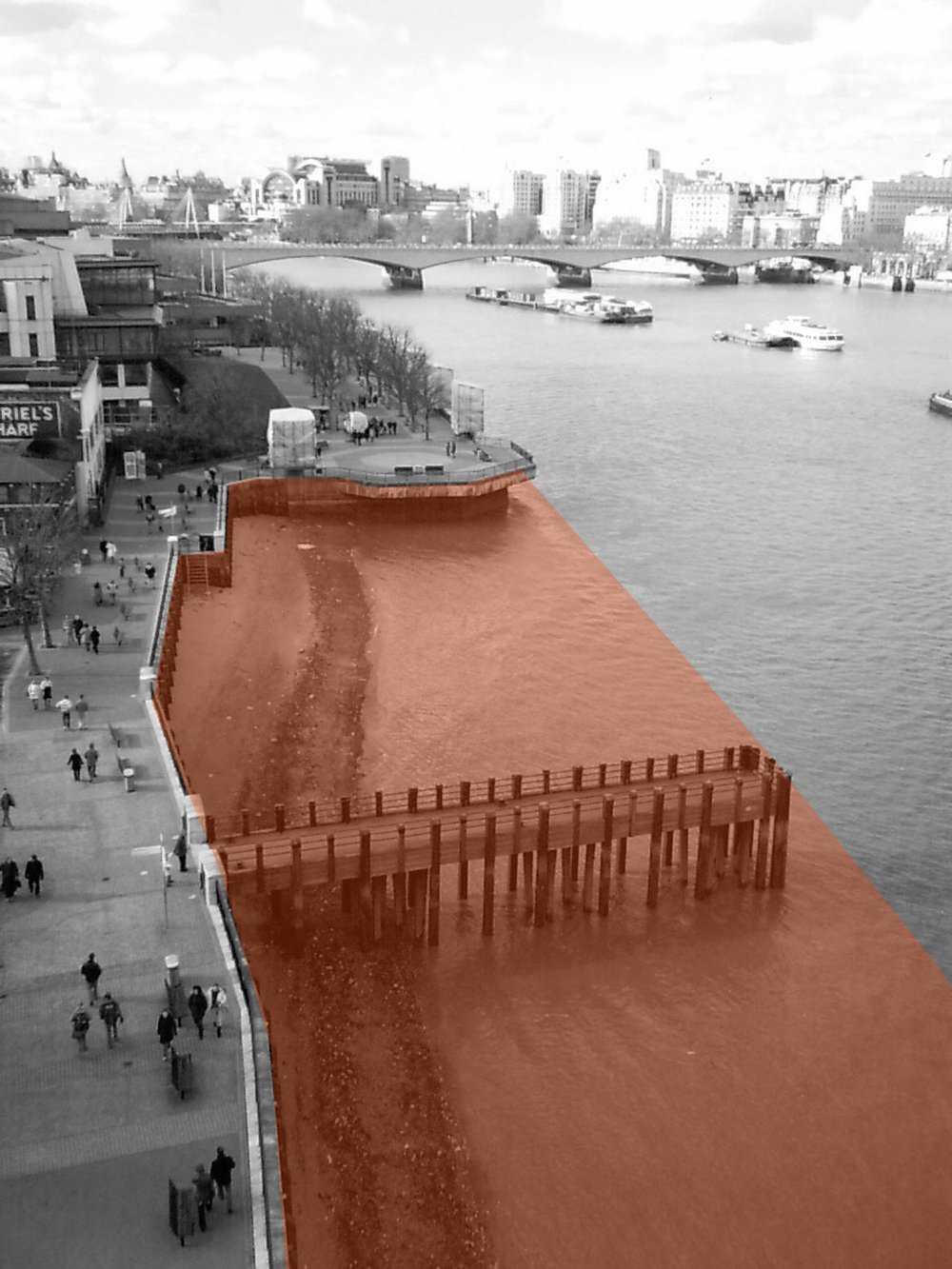