Dublin Docklands Development Authority teamed up with rock band U2, part owners of this landmark  Dublin Site, to hold an open competition.

The brief called for a signature building to act as beacon for the redevelopment of the docklands area. Additionally the scheme was to stitch itself into the planned urban fabric as a paragon of sustainable  development.

The design is inspired by the indigenous dockland forms of ship hulls and projecting canopies. With the U2 studios at the top of the tower the intermediate offices are targeted at media and entertainment companies with bar, nightclub  and restaurant facilities in the neighbouring base block. As such a vision of a building where music is created, produced and performed seeks to give the project a significant identity. 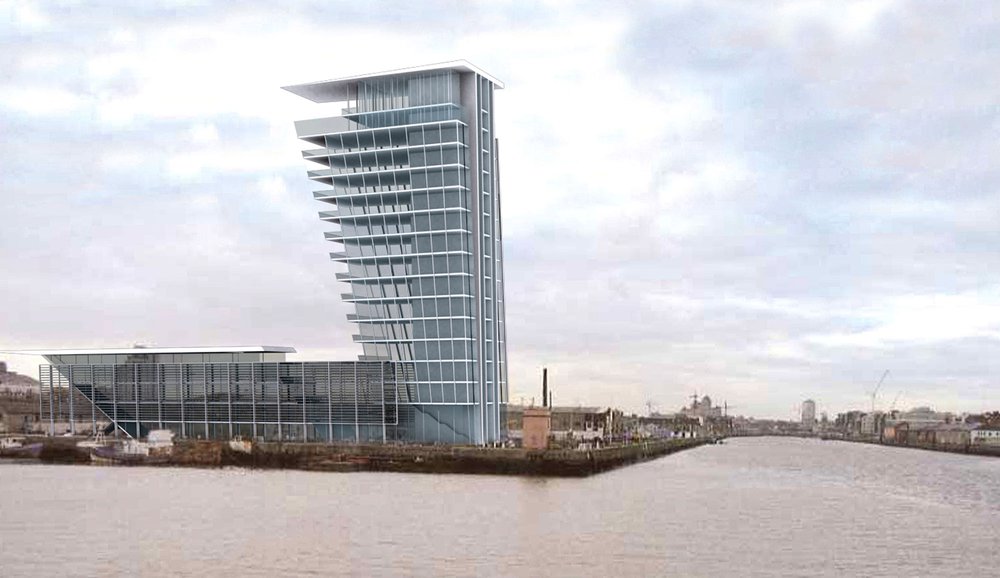 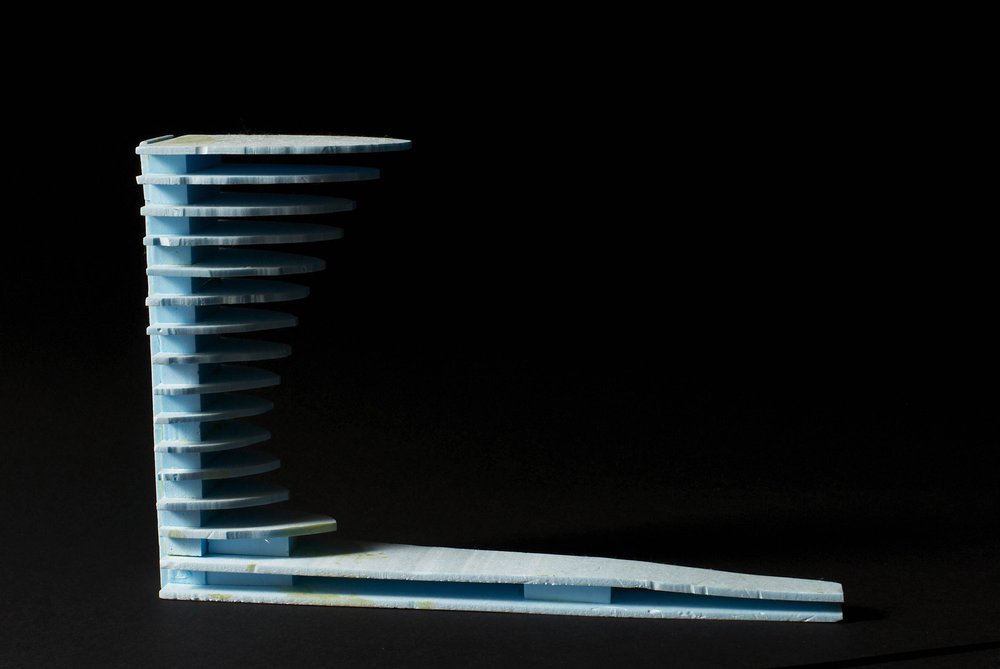 The harp-shaped building connects with its cultura