Located close to London’s Liverpool Street Station is being converted and extended into an Aparthotel by developer The Glenwell Group. The site, originally occupied by a pub , was rebuilt as an office development which was later converted into apartments.

NBA succeeded in obtaining planning approval at the London Borough of Tower Hamlets for the addition of two floors above the 1980’s brick clad structure.

Located at the edge of a conservation area the site acts as an entry point to the conservation zone. A design approach was taken to the upper floor extension that blended the butterfly roof forms of the surrounding London terraced housing with a floor area adding mansard shape that found favour with conservation officers.

The interpretation of mass and contextual roof form created a distinct and appropriate character for a development in the conservation area.

Careful selection of materials that too relate to their cultural heritage, namely the use of highly glazed coloured ceramic pub style facade tiles in a butterfly form to match the new roof design, add a further level of connection to the surrounding context. 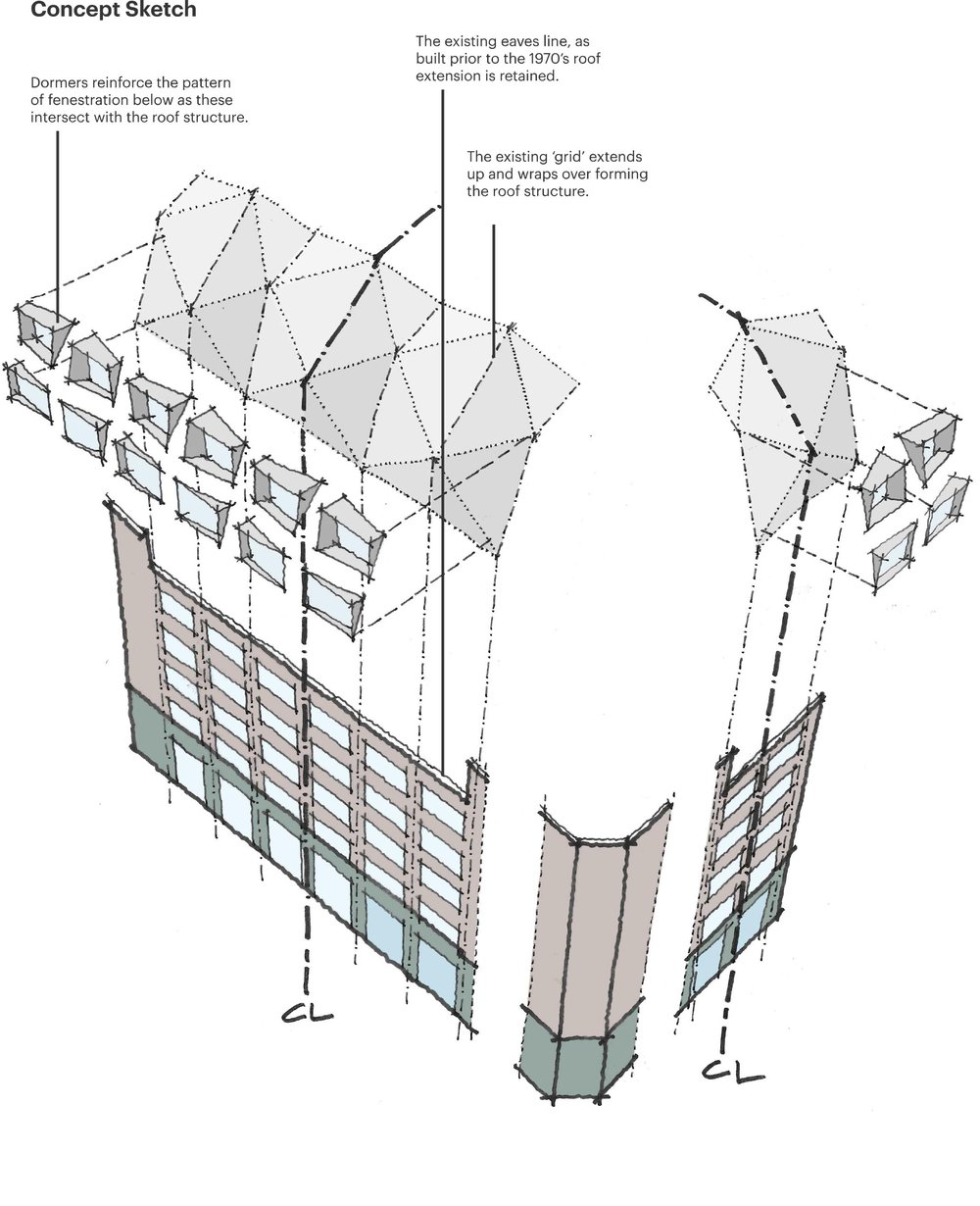 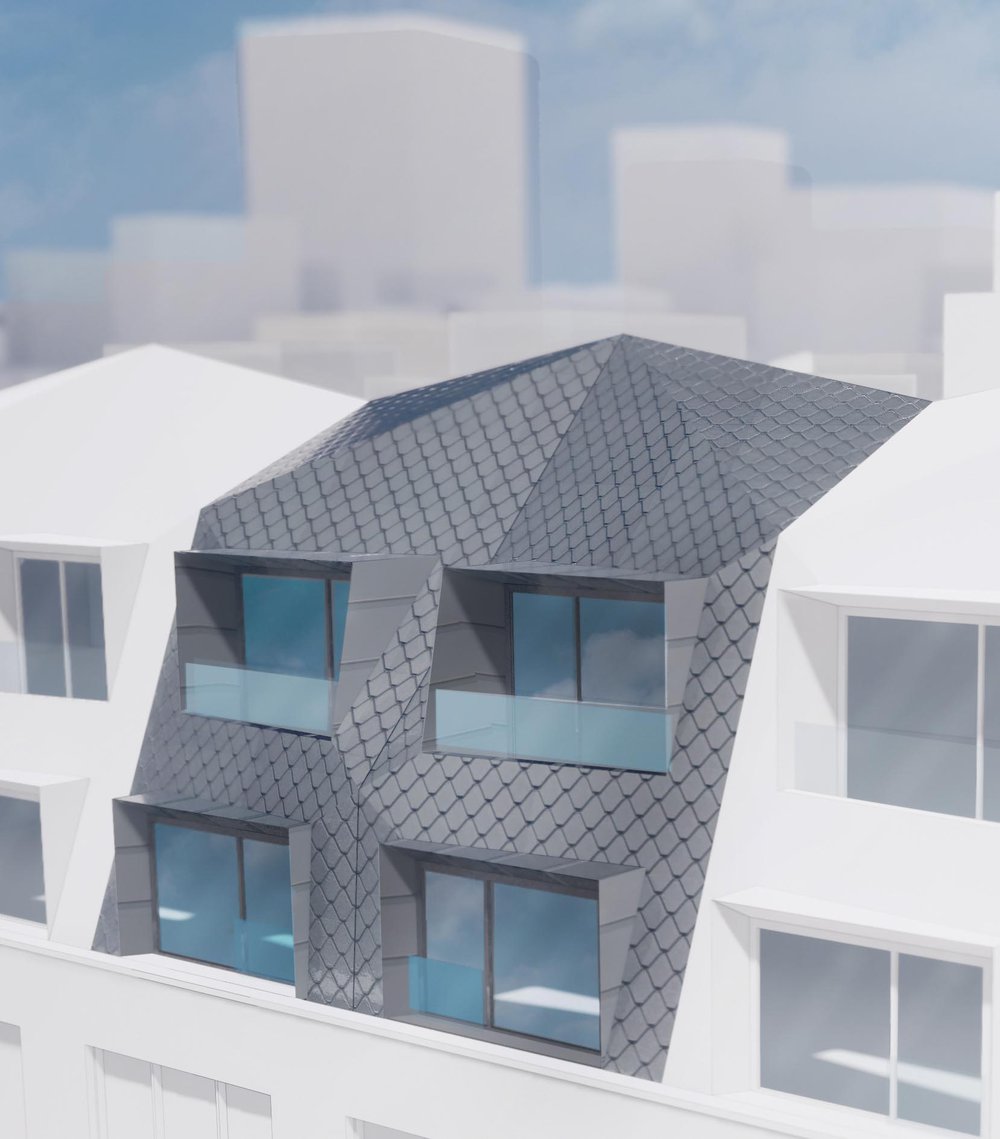