The integrated retirement community (IRC) project to be named Henley Meadows, Shiplake, is the continuation of a long-standing relationship between NBA and retirement specialists Probitas Developments.

Located on the perimeter of Shiplake Village, South Oxfordshire, the 65 unit development consists of a mix of assisted living, two bed apartments and 2 bed cottages positioned around a communal clubhouse building. The project is being developed by the Joint venture partnership of Galliard Homes, Probitas Developments, O’Shea.

The site itself is characterised by a long south east facing slope surrounded by a well established tree boundary on three sides. The landscape design solution to the project t was heavily influenced by the inherent site slop, its contours and the a proposed continuation of the tree lined perimeter. The enclosed screened sylvan setting enables the development to created crafted smaller landscaped settings with internal views and courtyards between buildings. Specimens trees are used to establish localised identities and vistas to gardens and public squares. Seasonal colour, foliage and blossom were considered to ensure areas of landscaped distinction..

The design approach at Henley Meadows was heavily influenced by the local design guides particularly the much valued Chilterns Design Guide. A mix of the classic local materials of red brick, clay roof tile and timber cladding bond the proposed buildings to their context.

As a retirement community with apartments, which provide for single level living, the scale of building is important to manage. At Henley Meadows the length of the buildings has been carefully broken up in massing by using repetitive small pitched roof forms typical of the locality. This terraced gable ended form is continued as a design philosophy onto the cottages bonding all the buildings into a ‘family’ of familiar forms. The clubhouse building also takes on this extruded gable end characteristic with its large open southern elevation which includes the communal cafe/club room with a sunny southwest aspect.

The project has followed a strict ‘fabric first’ approach to construction with insulation levels. Based on Passivhaus standards to ensure that energy consumption is retained to a minimum in this energy conscious development sector. Additionally the whole scheme is provided with heating and cooling via environmentally supportive Air Source Heat Pumps carefully located throughout the masterplan layout ensuring minimum visibility and maximum acoustic screening.

The overall assembly of buildings and landscape on the project creates a well designed and well proportioned configuration of contextually homes for later living in South Oxfordshire. 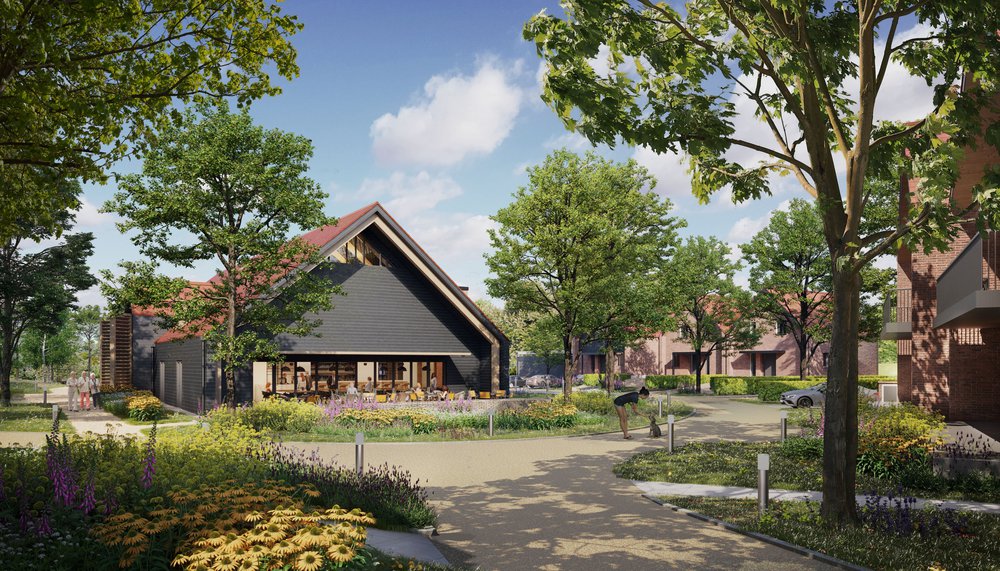 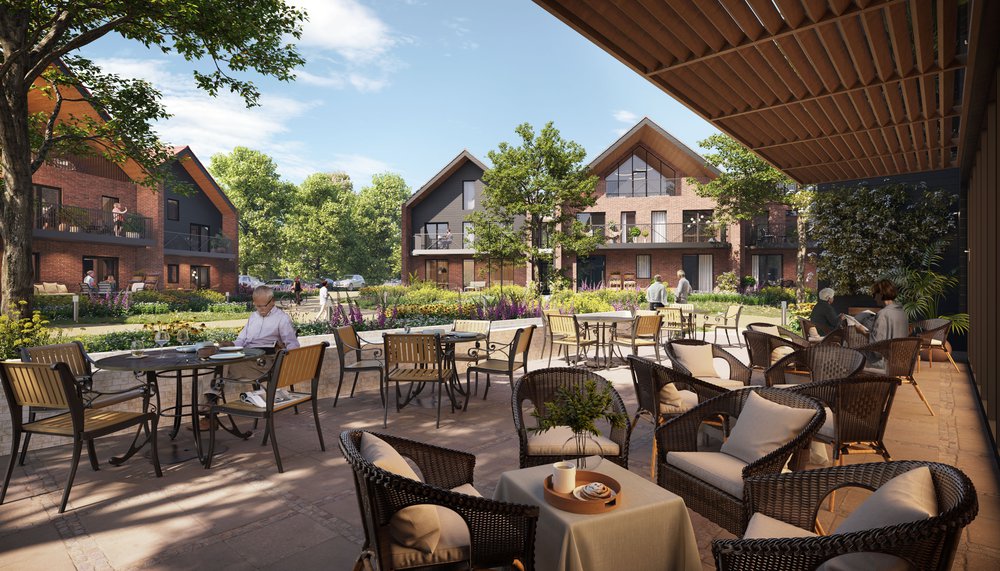 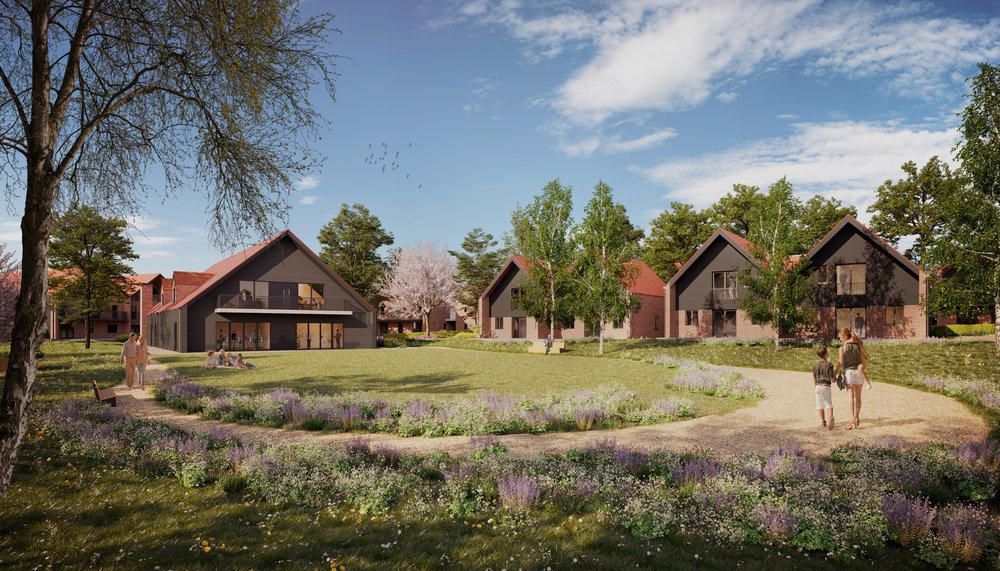