In 2007, following the successful completion of the Austrian Cultural Forum, the institute representing Austrian trade delegation (ATC) in the UK, appointed NBA to refurbish their building at 45 Princes Gate, located along Exhibition Road in South Kensington.

Their 5 storey Georgian Grade II Listed building had been commercially developed by investors in 1992, prior to purchase. The result had been a ‘colourful’ interpretation of Georgian style that lacked sympathy for the original internal features.

Following a feasibility study to establish the extent of works possible within the ATC’s budget, a two stage phased renovation followed. The Client remained on site during the works to avoid additional expense and disruption caused by moving into rented office accommodation. The project was split into two further work stages to fit into annual budget constraints. The internal refurbishment works were carried out in 2007 with the external façade and roof works occurring during 2010.

Refurbishment of Listed Buildings requires sensitivity and dedication to the understanding of often old and fragile structures, that on occasion have had unauthorised works carried out to them. This project proved no exception, with the external balcony and parapet details having to be significantly repaired, due to unusual coping details formed with ‘original’ flashings, causing substantial water damage to the original stucco and stonework.

Internally NBA was able to propose a series of restorative details to the property, which included a series of new lighting details. In particular, NBA worked collaboratively with Austrian lighting manufacturer “KOLARZ”, to design a unique light fitting for the staircases and main Salon. These unique designs reflected a complementary approach to the existing internal building detailing with their own simple elegance. 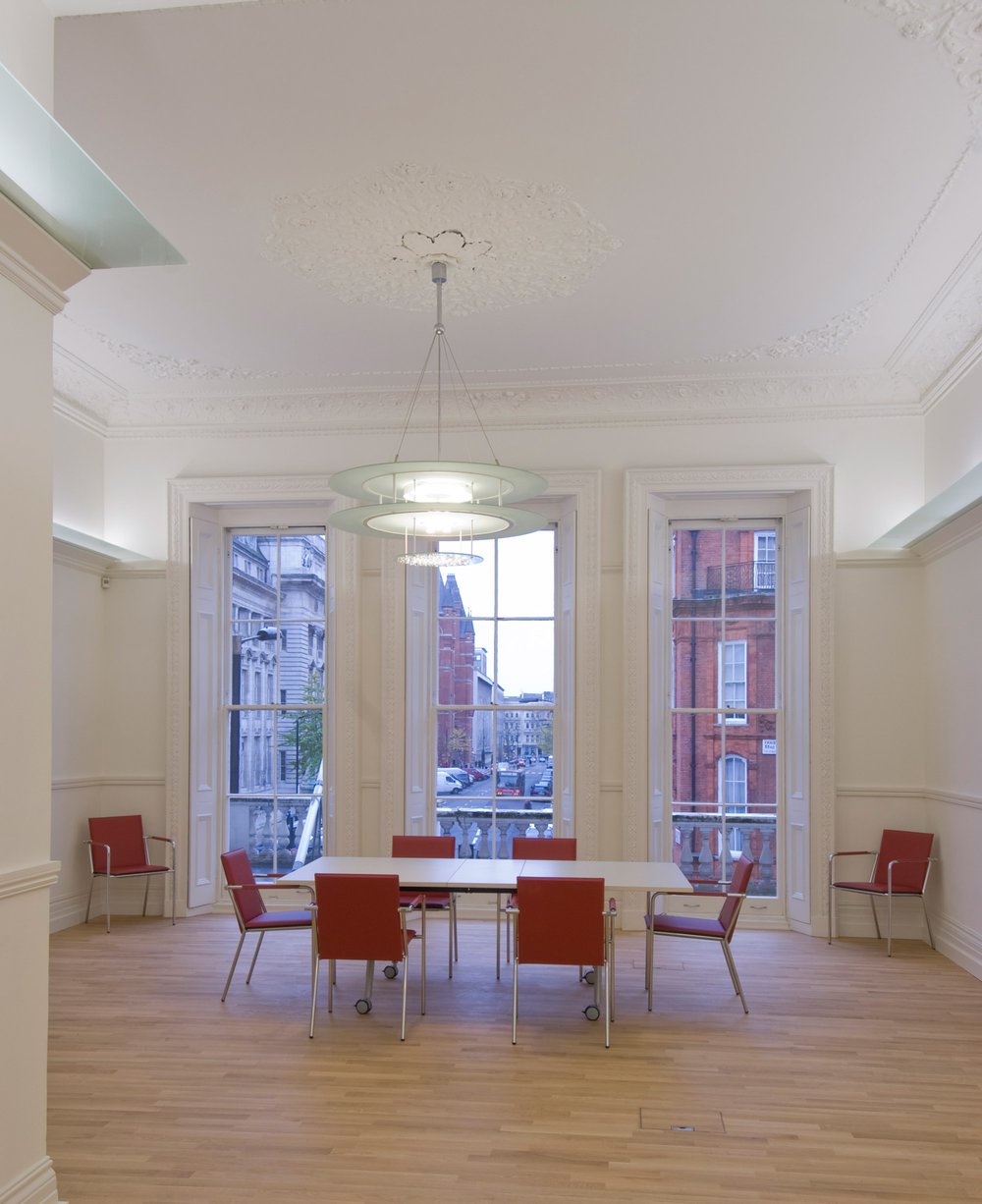 The aim of the project was to strip the building b 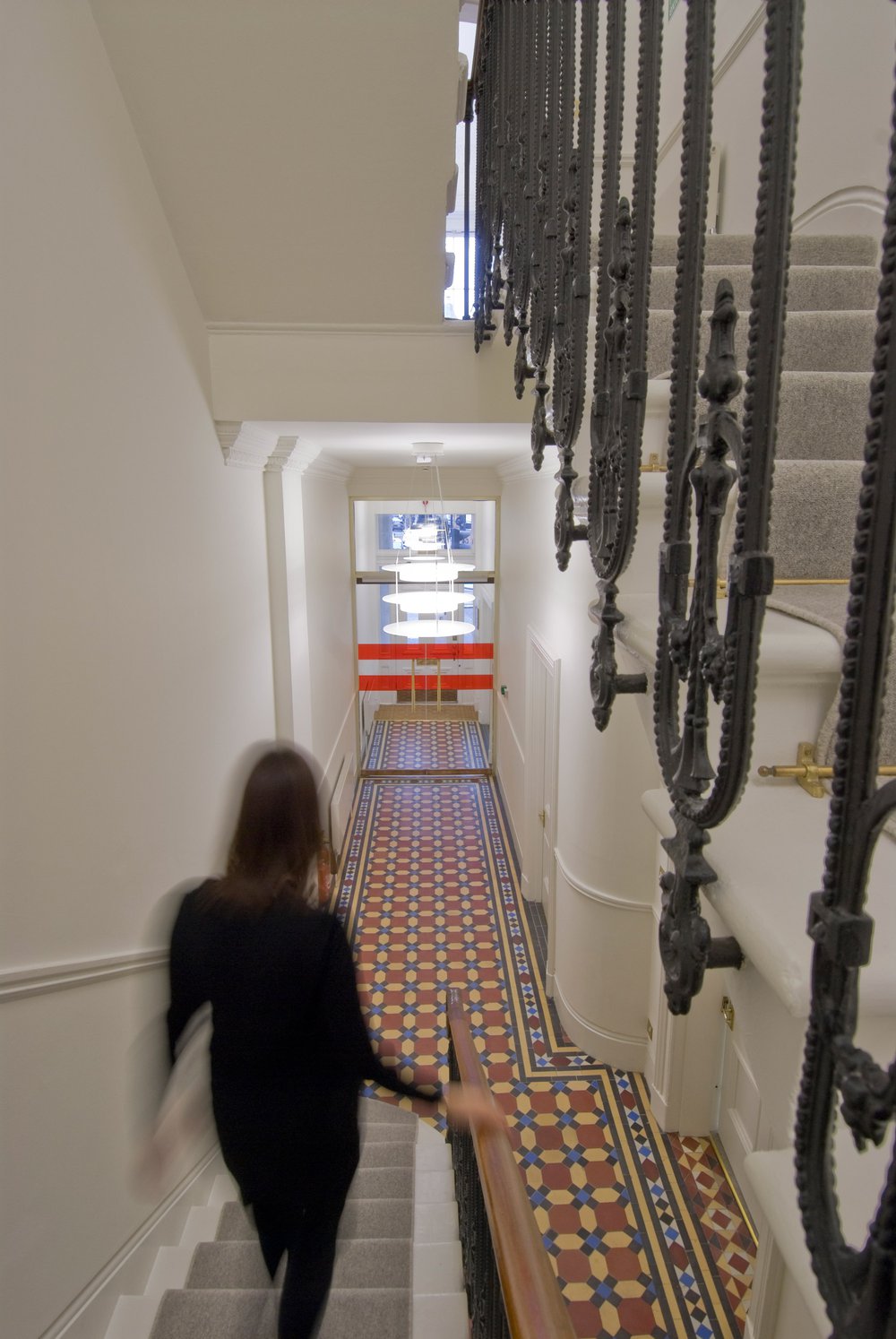 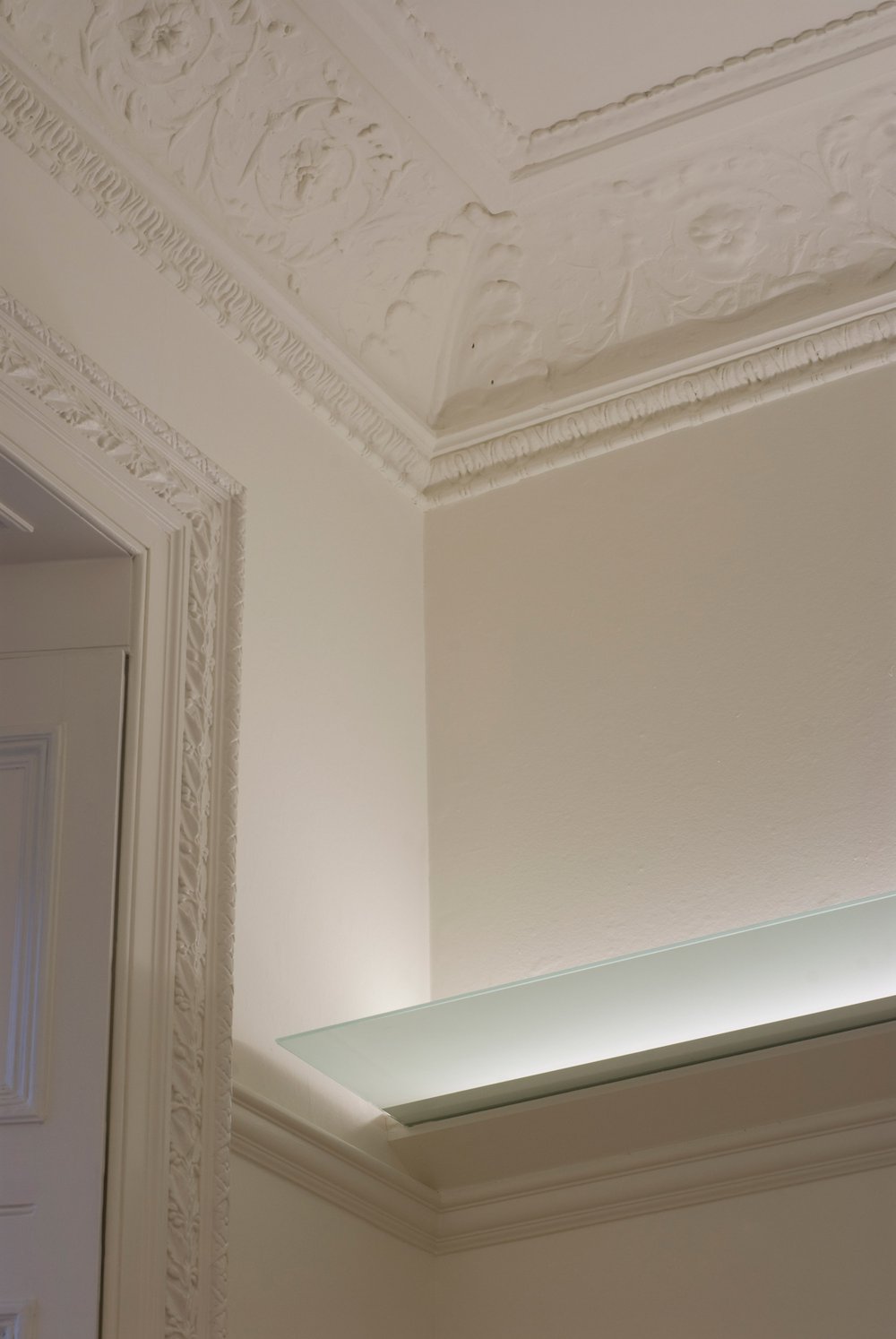 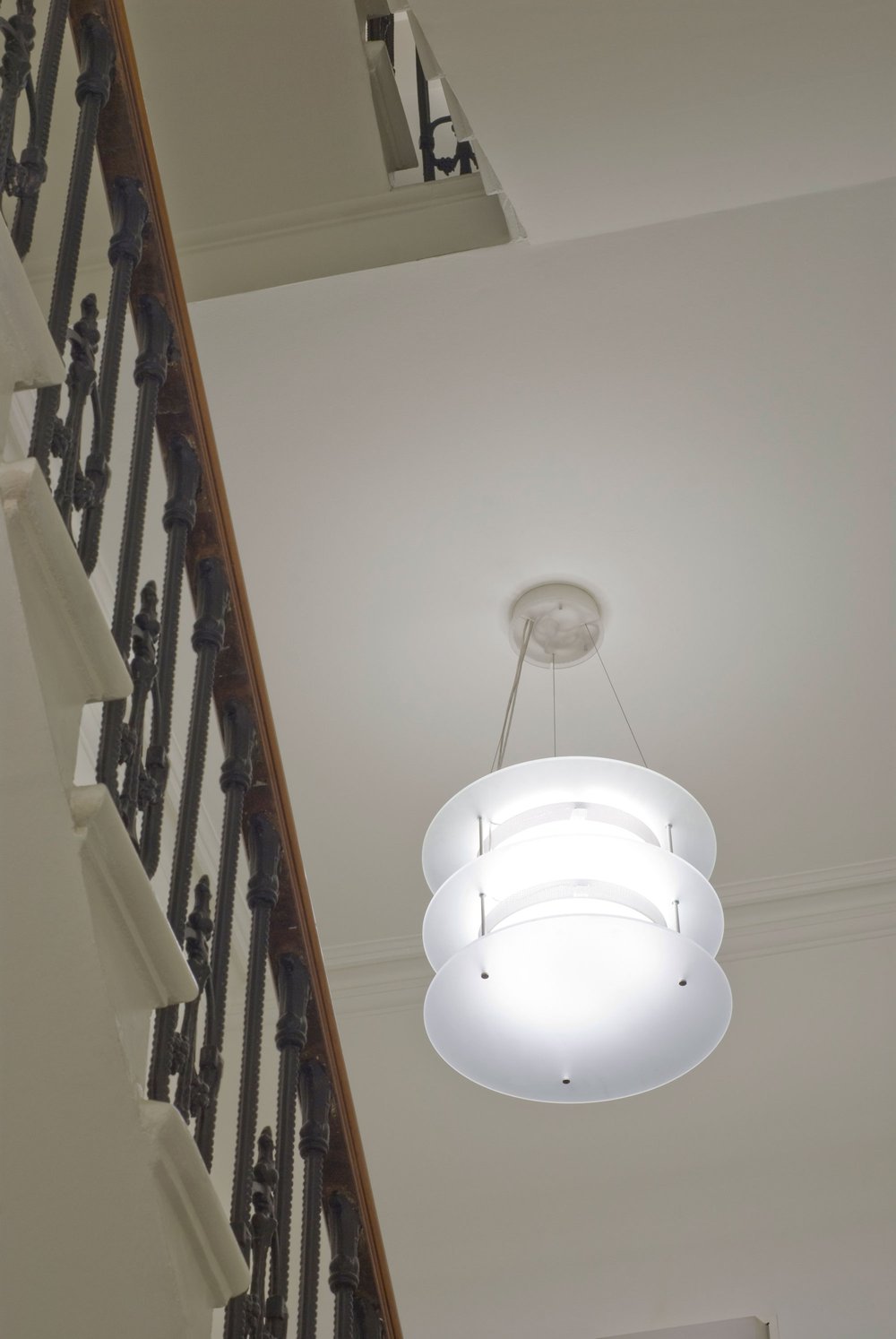 NBA were comissioned to design a light fitting spe