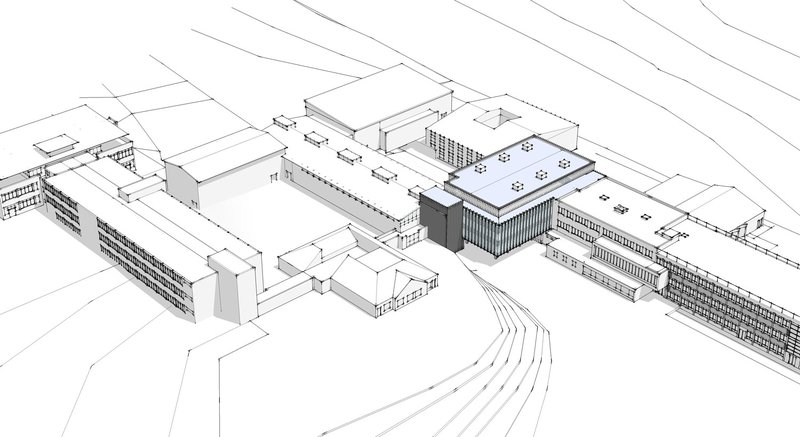 NBA are delighted to announce that Phase II of the Haydon School Masterplan has gained planning approval. The addition of this 1000sqm addition to the school is set to commence on site in October 2013 following the completion of Phase I.

This project will deliver critical covered connections between the Dobson and St Mary's Buildings at all levels for this 12 form of entry school. With over 2000 pupils connections between buildings and journey times to lessons are critical. These new access routes are attached to the replacement of the St Mary's gym which has been identified to be at the end of its lifespan.

By lifting the new Activity Hall one floor above the existing ground level valuable covered play area is added to the school's provision. it also acts as a canopied zone next to the entrance to new changing rooms prior to pupils accessing the playing fields to the rear.